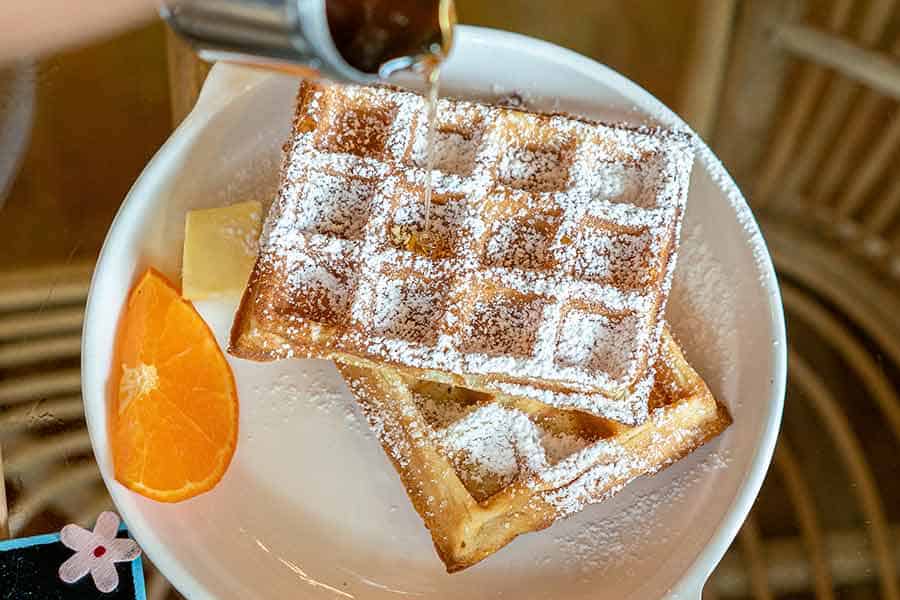 Waffles are a universally beloved food, and they are eaten all over the world with all kinds of toppings and sauces. They are pretty easy to make, but if you’ve got a Belgian waffle maker and you want to make regular waffles, you might be feeling a bit unsure. After all, Belgian waffles are a bit different, being thicker, fluffier, and lighter.

So, can you make regular waffles in a Belgian waffle maker? Yes, you can, but it might not work as well. A Belgian waffle iron has deeper pockets because Belgian waffles rise more because the batter uses yeast and beaten egg whites. Meaning more regular batter will need to be added and the waffles cooked for longer.

That said, if you’re determined enough (and hungry enough), it can be done, so let’s delve into the details! 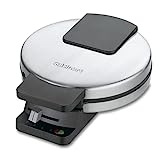 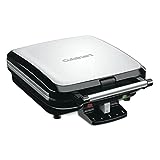 What Is a Belgian Waffle Maker?

Belgian waffles are usually deep, thick waffles with deliciously large pockets for trapping lots of syrupy goodness. They often use yeast in the recipes, which lends them a lovely crispiness, but some also use beaten egg whites to give them a nice, fluffy texture.

Belgian waffle batter is often left to rise overnight, allowing plenty of time for it to leaven and maximizing its fluffiness for breakfast the next day.

A Belgian waffle maker is designed for this sort of batter – batter that rises fast and fluffs up well. You can’t cook Belgian waffles in a traditional waffle iron very well because the batter doesn’t have space to rise properly. Belgian waffles also tend to be larger in diameter, so they really need a specially designed waffle iron to cook them properly.

Belgian waffles are also usually a round shape, rather than a square, although you can buy square Belgian waffle makers if you want to. Belgian waffle irons tend to take a bit longer to heat up properly, because of the deeper grooves. They also tend to be bigger, taking up more storage space, and consequently, they are a bit more expensive to purchase.

FUN FACT: The waffles are BELGIAN. The country is BELGIUM.

What Should I Look for When Buying A Waffle Maker?

There are a few things that you should consider when you’re buying a waffle maker, and the first is whether you want to make regular waffles, Belgian waffles, or both. Not everyone has the storage space for both kinds of waffle makers, but if you’re big on waffles, you might be prepared to sacrifice the cupboard space!

It’s pretty important to decide which kind of waffle maker you’re going to be using, because they aren’t easily interchangeable, and you probably – unless you really are a die-hard waffle fan – won’t want both.

You should have some of the information you need to decide whether you want a Belgian waffle maker or a regular one, but bear in mind also that regular waffle makers tend to be a bit more versatile, and there are actually lots of other foods which you can cook in them. A quick Google might leave you surprised about all the different meals you can make with one!

Once you’ve decided which kind of iron to buy, there are some other things to look at. These factors are useful to consider for both Belgian waffle irons and regular waffle irons:

What is the Difference Between Belgian and American Waffles?

As mentioned, Belgian waffles are usually made with egg whites or with yeast, producing a lovely fluffy texture. Regular waffles tend to be made with baking powder; while this still offers a nice fluffy waffle, it isn’t quite as airy and light as Belgian waffles.

Belgian waffle batter generally takes a bit longer to make as a result of this, and it often costs slightly more per batch as well. If you’re using yeast, you’ll have to allow time for it to rise fully before you can cook the waffles.

However, that can work well if you want the waffles for breakfast; just put the batter in a bowl in the fridge the night before, and it’ll be waiting for you as soon as you’re up!

Belgian waffles have deeper grooves, which are great if you like to really pile on liquid toppings like syrup. They provide a fantastic trap for them. However, because regular waffles are denser, they offer a more filling breakfast, with a better batter-to-topping ratio.

In terms of what to eat them with, the two different kinds of waffle are on a par with each other, and there’s basically no limit to the toppings you can choose from. Sweet or savory, or even mixed, you can heap up your favorites on either kind of waffle and dig in.

Waffles are almost unanimously loved. They come from all over the world and are commonly agreed to be the best breakfast food available. They are also fairly quick and simple to make, so kids can join in with the mixing if they want to.

However you choose to eat your waffles, make sure the iron is hot before you add the batter, and don’t undercook them; waffles should be crispy on the outside and soft in the middle!