Have you ever been hit with a craving for cinnamon waffles but only had pancake mix on hand? While pancakes are tasty in their own right, they don’t have the same texture and taste as waffles. So, is it possible to make waffles from the same mix, or are you out of luck?

Generally, pancake mix can easily be converted into a waffle batter with a few simple adjustments. Other spices like cinnamon can be added to the mixture to create fun and satisfying flavors without sacrificing the unique crispy and fluffy texture that waffles have to offer.

If you’ve only got pancake mix on hand, don’t fret. This article will show you exactly how to make cinnamon waffles with pancake mix so you can easily make the best breakfast.

Can You Make Cinnamon Waffles with Pancake Mix?

While waffles and pancakes seem vastly different, they are more similar to each other than you might think. If you only have pancake mix in the pantry but are looking to make waffles, then you’re in luck. In fact, using pancake mix is easier than creating a waffle mix from scratch since half the work is already done for you.

With a few simple ingredients, pancake mix can easily be converted into a tasty waffle batter. You just need to know what to add. 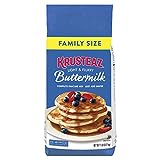 What Is the Difference Between Pancake Mix and Waffles?

The crispy outside and soft, fluffy middle probably come to mind when you think about waffles. This is the distinguishing textural difference between pancakes and waffles. But what about the mix makes them so different? We’ll give you a hint: it’s not just the use of a waffle iron.

When mixing together the ingredients for waffles, the recipes tend to call for more fat and sugar than those for pancakes. This is what gives waffles that iconic crispy exterior. The combination of sugar and the high-fat content creates a caramelization process as the waffles cook, hardening the outside of the batter while keeping the middle soft.

How To Change Pancake Mix into a Waffle Recipe

When making waffles with pancake mix, you’re not going to be in complete control of all the ingredients in the mix. However, this doesn’t mean that you can’t create the exact flavors and textures you were hoping for.

There are several ways to easily turn pancake mix into waffle mix with just a few add-ons. This is because the ingredients for pancakes and waffles are virtually the same. The main difference when making waffles is that the batter should be thicker and will require more fat and sugar to create that crispy exterior.

The simplest way to convert your pancake mix into a waffle recipe is to double the fat and sugar. Since many pancake mixes don’t even include sugar, adding two to three tablespoons to your batter is a good place to start.

When it comes to choosing your fat, stick with canola oil or coconut oil instead of butter. While butter does provide flavor, it adds extra moisture to the batter, which can prevent a nice crust from developing on the outside. However, if you’re really set on having the taste of butter switch out the butter and use ghee. It has the water and milk solids removed so it’s pure fat. 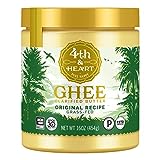 Ways To Make the Best Cinnamon Waffles with Pancake Mix

There is nothing quite like the smell of waffles baking in the morning. Add in some cinnamon, and you’ve got yourself the perfect mixture. But how do you get the sweet and spicy taste to stand out in your pancake mix?

Here are some of the best and easiest ways to make cinnamon waffles with pancake mix.

If you want that classic cinnamon taste, this can easily be achieved by adding 2 teaspoons of ground cinnamon and about a quarter cup of sugar to the mix. Don’t forget to double the amount of fat that your pancake mix recipe calls for, so you get that crispy waffle texture. Remember, it’s not just oils that you can consider when adding fat, for instance, egg yolks are also a good source of fat, but don’t overdo the amount of egg. 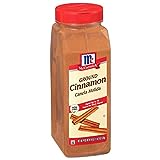 Is there really a more perfect combination than cinnamon rolls and waffles? While you could just pop a cinnamon roll in your waffle iron, cinnamon roll waffles can also be made using your everyday pancake mix.

For the waffles, make your pancake mix according to the instructions, except make sure to double the amount of oil you use and add 2 tablespoons of sugar.

As the waffles cook, mix together a half cup of melted butter, 1 tablespoon of cinnamon, and ¾ cup of brown sugar. In a separate bowl, beat together one softened package of cream cheese and 1 cup of powdered sugar. Drizzle both sauces over you the finished waffles.

If you’re looking for more of that classic buttermilk flavor, try swapping out half of the liquid in your recipe for buttermilk. The buttermilk not only adds flavor but will help the waffles rise as they cook, giving them a fluffier texture. Add 2 teaspoons of cinnamon to the mix, and you’ll have perfectly fluffy cinnamon buttermilk waffles.

If you love the rich taste of French toast, then cinnamon French toast waffles might just be for you! Instead of using bread, you can get the same great taste with pancake mix.

In a bowl, mix 1 cup of pancake with 2 teaspoons of cinnamon, 2 tablespoons of sugar, ½ cup cold milk, 2 eggs, and 1 tablespoon of oil. Add this to your waffle iron and cook as you normally would.

The extra eggs will provide the richness associated with French toast while keeping the soft and crunchy texture of a good waffle.

Good cinnamon waffles aren’t just reserved for weekend trips to the local breakfast diner. You should now be well-equipped to easily whip up the best cinnamon waffles next time you get a craving, whether it’s midmorning or midnight.

Pancake mix is more versatile than it gets credit for. Much of the batter is a simple mixture of common dry ingredients. With some quick alterations, a box of pancake mix can easily be transformed into the best and fluffiest stack of homemade waffles.